The following is a review of ‘Under the Yew Tree’ kindly provided by Jon Kahn, a reader and fellow author in Sweden.

“I have now read John’s book and I am very impressed, not least that he really did it! I promised a short review, and here it is, with pleasure:

‘Under the Yew Tree’ takes up the counter-factual theme about WWII, a theme that has been pursued by several famous authors from Kingsley Amis to Len Deighton and Stephen King to Stephen Fry and our Swedish Hans Alfredsson. The latter about an attack on a German train with soldiers in a wood in the south of Sweden and about a possible occupation of Sweden by the Germans.

The forest is also John Hall’s favourite environment. He is excellent in describing trees, smells, sounds, weather and not least, animals. John Hall is brilliant in describing the countryside. His description of how cows smell; ‘a strange mixture of grass, dung, warm hides and fermenting gases’ in ‘the overriding smell of warm milk and dusty hay’ is indeed excellent and better than what I have read before. John Hall knows his Sussex countryside, especially the southern slope of the South Downs with The Channel as something to enjoy the view of from a distance and he likes to describe that landscape.

It is in this setting he places a German occupation, which could well have come sometime after Dunkirk, if the Nazis hadn’t opened a second front to the East. But we are not very much informed in the book on these counter-factual historic and political details. The occupation of Sussex and perhaps some more of southern England is presented as a fact to the reader and this book is about how the villagers take it. We seem to be as much informed as the villagers are. They listen to radio from both sides, mainly BBC but know it is a lot of disinformation and bragging. One wonders what happens next and why the Germans were stalled in Sussex. Perhaps that is the next book.

In the centre is Joseph, a boy in his mid to late teens. The reader can see him as a typical teenager longing for love and confirmation and trying to do his best but he is also a classical hero. There is an established resistance movement already and most of the villagers seem to take part or at least sympathize with it. Joseph is one of the more active resistance men. Indeed there were resistance movements in many lands of German occupation but the Sussex resistance in this book seems stronger and broader than most. And why shouldn’t it be?

I like the way John keeps the story moving; this is a read that doesn’t require many pauses and I didn’t put the book down very often, even though some episodes are very hard to digest, not least the punishment of a collaborator. Having said that I also like that each chapter is like a short story in itself. There is a lot of action and blood amidst the deer and birds of the woods, but war is cruel isn’t it?

I, like John, love the Sussex countryside with its rolling hills and high trees on the side of roads, trees that also deepen and shift your perspective when driving or, as Joseph does, pedalling along them. I now have a much deeper understanding of this unique landscape. The book makes me long to be there more and I just hope I can stop short of imagining a Nazi soldier at the next bend…” 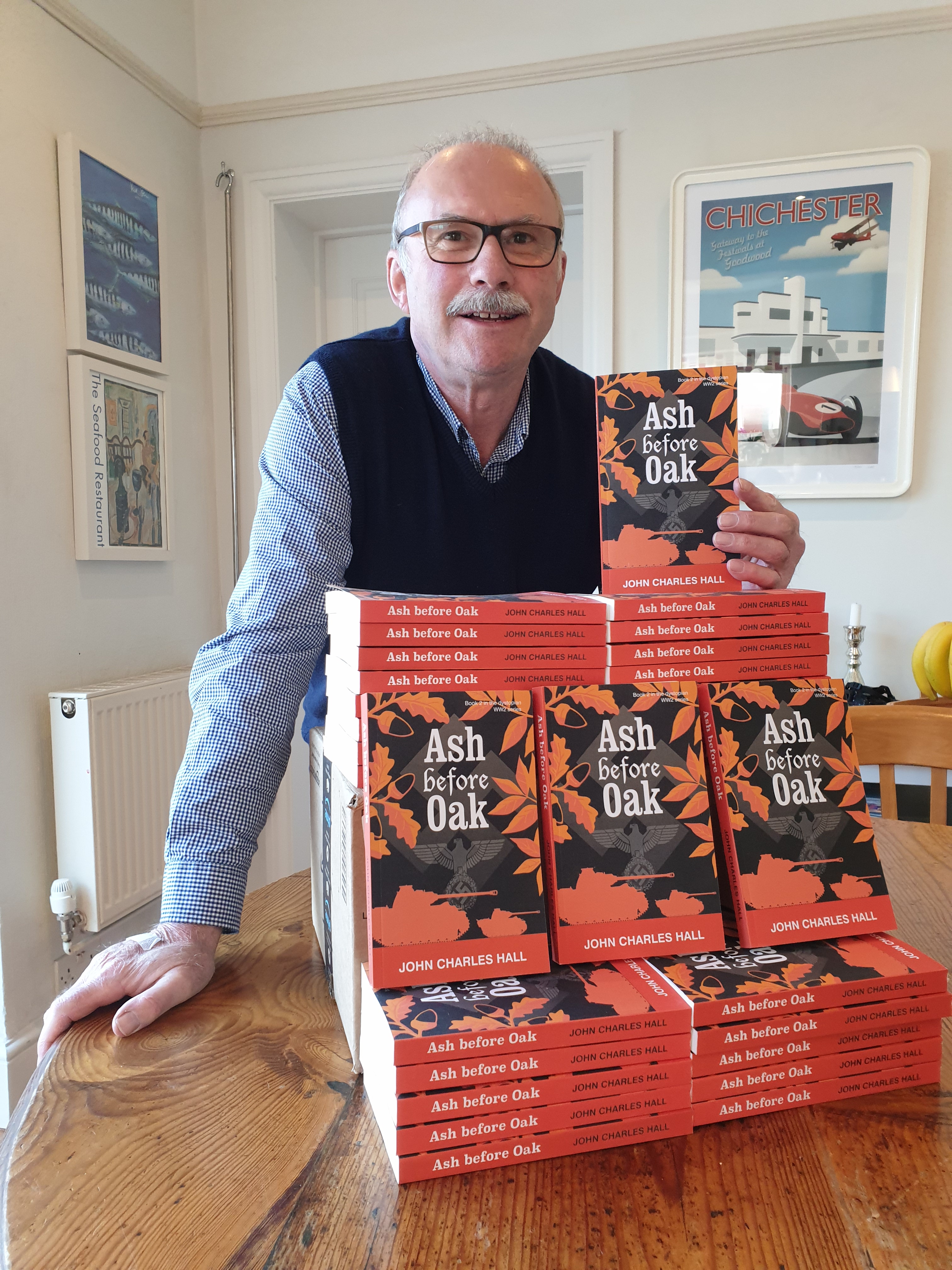 John’s second novel in the trilogy  about Watersham’s resistance  is available to buy on Amazon NOW!

Under the Yew Tree

Read how the story started in John’s first novel, still available to buy on Amazon.